I am so excited to have Mark Brownlow visit us today. This is his first time at More Agreeably Engaged. His book, Cake & Courtship is 'a tale of love, regret and nerve tonic'. Don't you just love that line? I do! I bet we can guess about the nerve tonic! lol

I invite you take a little time and get to know Mark Brownlow. If you have been following his blog tour, you have been treated to some delicious, I mean, great posts. I can't seem to get my mind away from Mark's giveaway, or maybe it's the title of his book! Either way, I hope you enjoy this stop and comment for a chance to win.

When John Barton falls in love with the elusive Anne Hayter, there is only one man he can turn to for advice. Unfortunately, that man is Mr Bennet of Longbourn, a world-weary gentleman with five daughters pursuing their own marital ambitions.

To help John, Mr Bennet must emerge from his beloved library and face the challenges of the tearoom and dance floor one more time. In doing so, he finds his own romantic past catching up with him.

In this Pride and Prejudice variation, Mark Brownlow takes you on an Austenesque journey full of wry humour and Regency romance (with a few slices of sponge cake).

“As you get older, Lizzy, you will discover that life does not
bow easily to the wishes of even the most romantic of souls.
Quite the opposite. Life must be mastered with pragmatism
and sense, which explains why so few people succeed at it.“

Cake and Courtship is a standalone story, but also the first book of Mr Bennet’s memoirs. Look out for the sequel in 2018.

Thanks so much, Janet, for having me over!

My novel Cake and Courtship tells the story of how Mr Bennet is thrust into the unusual and alarming position of having to help a young man (John Barton) court a young lady (Anne Hayter). And all while the first part of Pride and Prejudice is going on around him.

The book also deals with Mr Bennet’s changing relationships, particularly to his own past. As John and Anne’s story develops, events and conversations force our dear Mr Bennet to reflect on his own youth and character, and we learn a little more about just why he is touched by cynicism.

There is, however, one relationship within the book that remains unchanging throughout – the one he has with Elizabeth.

We know from Pride and Prejudice that Mr Bennet has a high opinion of his second-oldest daughter and that they share some common characteristics, such as intelligence, wit and a marvellous way of jousting with words. His love for Elizabeth is perhaps best expressed in the scene after Darcy asks for his consent. Mr Bennet wants to be sure she has a husband that deserves her, one she can truly respect. In other words, he doesn’t want her to suffer like he has. As he says:

“I could not have parted with you, my Lizzy, to anyone less worthy.”
Since the Cake and Courtship story all takes place pre-Hunsford, Elizabeth is still at home.  She is the only female at Longbourn that Mr Bennet regards as his intellectual equal, particularly once Jane leaves for London. So Elizabeth plays a vital role in the novel’s plot. But I also wanted her there to highlight that special father-daughter bond between the two characters. There is plenty of teasing and verbal sparring, but also moments of tenderness.

In the original, Mr Bennet refuses to insist on his Lizzy marrying the delightful Mr Collins. This leads to one of the most memorable lines in the book:

“An unhappy alternative is before you, Elizabeth. From this day you must be a stranger to one of your parents. Your mother will never see you again if you do not marry Mr. Collins, and I will never see you again if you do.”
In my variation, we learn a little more of Mr Bennet’s frustration with his guest from Hunsford, who is a comic gift to any writer, but we also see some more of the aftermath of the failed proposal. In this little excerpt, he explains his decision to Lizzy. Enjoy! 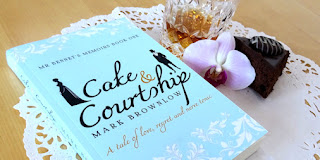 *****
The following day began ominously. The rain got in and ruined my copy of the Chronicle. Then Peggy took ill and Froggat spent all morning nursing her. Presumably it was something she ate, since our pig would eat anything and everything. The time she got hold of some rum cake was still a fresh memory for us all. We pursued her across the meadows all the way to Meryton, where she put a small gathering of officers to flight. Discretion appeared to be the better part of their valour when confronted with two hundred pounds of drunk sow.

Then Mr Collins proposed to Lizzy.

I was not privileged to hear the exact words he used, but he likely managed to mention the name of his patron and express his affection in as insulting a manner as possible. Lizzy turned him down, of course.

Such a marriage would have solved many problems. But Mr Collins as a son-in-law? I would rather have dined with Peggy, who at least would be silent on the topic of Lady Catherine and fireplaces.

Naturally, Mrs Bennet saw the proposal differently. Once I refused to intercede on Mr Collins’s behalf, I knew the future would soon contain the words “my nerves” and “vexing.” The study seemed the best place to retreat to.

Lizzy found me there, hunched over my desk, gripping a pinned dragonfly. She rested her hands on my shoulders and leant down to whisper, “Thank you.”

I stared up at her, all deep brown eyes and high cheekbones. She had much of Mrs Bennet in her looks, but, fortunately, less in her character. “Today has not been an easy one for us all, especially your mother.”

“And you seek refuge from her anger in your collections?”

“Some men flee their cares through drink or a mistress, but for me there is nothing better than sending colours cascading across a set of wings as they turn in the sunlight. Insects interest me far more than any loosed cork or looser woman. Also, your mother does not like the smell in here.”

Lizzy nodded and then moved to leave. Before she reached the door, she turned. “May I ask why you said no?”

“I could not imagine you having to listen to descriptions of fireplaces every night for the rest of your life.”

She smiled, waiting for more.

“My dear, there are so many rational reasons why a match with Mr Collins would be advantageous and I will not question your sensibility by listing them.” My new resolve, forged in the fire of those smiles in London, pulled more words from me, though I hesitated before continuing, glancing at the wings of the dragonfly in my hand. “I have seen what it is to live with someone you neither love nor respect. I wish such a fate for none, least of all a favourite daughter. Some say that love can grow with time. Respect, too. This may be so, but not between two people so unequal in intelligence and character as you and Mr Collins.”

“I could not learn to love Mr Collins.” It was half a question.

“Love needs a foundation to prosper, good soil to plant its roots. Mr Collins is rock and sand—love will never grow there, excepting his own love for himself.”

“Does a marriage need love to succeed?”

“No, but a marriage without love cannot bring true happiness. And I would wish such happiness for you, Lizzy. Your mother is fond of saying that Jane’s beauty cannot be for nothing. I believe the same of your intelligence. It will find its reward, though it will take a special kind of man, of that I have no doubt. Mr Collins is certainly special, but not in that way.” I returned her smile. “And there, now you have witnessed my romantic side. Let us not talk of it again. I have a reputation to keep and it will do no good to expose myself so.” 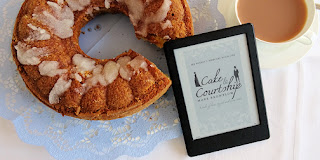 Mark Brownlow is a British-born writer living in Vienna, Austria. His debut novel, Cake and Courtship, is a Regency romance narrated by Pride and Prejudice’s Mr Bennet. He has also written a novella, The Lovesick Maid, a cozy mystery set in Jane Austen’s fictional village of Hunsford. You can find Mark at LostOpinions.com, where he is known for his reimagining of classic literature as emails.

Science degrees from the Universities of Oxford, Aberdeen and Reading prefaced a short-lived career as a research academic. Since turning from facts to fiction, Mark has also worked as a translator, agony aunt, marketing consultant, journalist, business writer, web publisher and copywriter. None of which kept his soul happy in the way that creative writing does. When not writing, he works as a part-time lecturer in medical and scientific English at a local university.

If there is no pen to hand, he can be found watching his kids play football or sharing a glass of wine with his wife in front of a costume or historical drama. 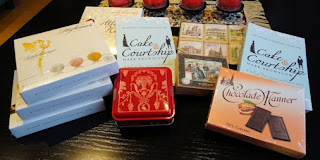 It's giveaway time and Mark Brownlow leaves with quite a dilemma. Which should you choose if you are the winner? Chocolates or a paperback of Cake & Courtship? Of course, you want the paperback, but...those Viennese chocolates are calling your name! Decisions, decisions! I have it on good authority that those chocolates "may" all be gone! They are next to Mark's desk AND they are also calling to him! LOL The giveaway will end at 11:59 PM Central Standard Time on the 12th of March. Good luck to all of you. The giveaway is international.

Mark, thank you so much for stopping by. It has been such a pleasure having you visit. I enjoyed your post and the excerpt immensely! I'm ready to read the book and munch on some chocolates! Mine may not be Vienesse but, they are still chocolates!

I hope you are having fun on the blog tour. I have read your posts and liked every one! They've been great! Best wishes with your book. 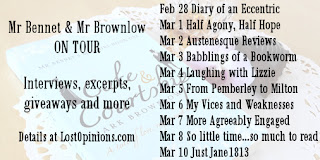 If you have missed some of the stops, the blog tour schedule is above.
Posted by Janet T at 12:00 AM