The Wedding Night Through Jane's Eyes With Sally Smith O'Rourke


I am fortunate today to have Sally Smith O'Rourke as my guest again. When we were discussing the post and deciding on this story, this is what Sally told me, "When I did the wedding night it was my first foray into writing Austen's characters so I handled it like I do my books and had Jane and Fanny discussing why she didn't include the wedding night in the book."  From reading it one would never have guessed it to be a first foray into Austen's characters. It is beautifully romantic and an exceedingly good story, steamy but not explicit! I especially enjoyed the dialogue between Jane and Fanny and then Jane's contemplative thoughts when alone. Thank you, Sally, for sharing this with us here.

There is another giveaway with this post. If the winner is domestic, Ms. O'Rourke is giving away one paperback or eBook, winner's choice, of Yours Affectionately, Jane Austen. An eBook of the same will be the giveaway if the winner is international. Thank you, Sally Smith O"Rourke. 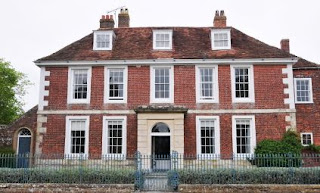 In Fanny’s room at the Great House Jane and Fanny were talking about the upcoming nuptials of Annabelle Rodgers.
Jane was taken aback when her niece suddenly asked, “Why did you not write about Elizabeth and Mr. Darcy’s wedding night, Aunt?”
“One writes what one knows, Fanny and I know nothing of such things.”
“Could you not have imagined it?”
“I suppose I could have. Why do you ask?”
“I often wonder about my wedding night. I imagine my groom to be kind and gentle. Do you think it will be like that?”
Jane smiled at her niece, “I am afraid it will depend entirely on your groom.”

Later that evening, Jane sat on the wide window sill in her bedroom gazing into the eternity that was the nighttime sky, the new moon barely a sliver. Fanny’s question had perched itself squarely in the forefront of her mind. “Could you not have imagined it?”
She chuckled. She had imagined it; however the imagining had been of herself and Fitzwilliam Darcy of Virginia rather than Lizzy and Darcy of Pride and Prejudice. Any number of times in the past three years she had dreamt of him; his arms around her and the sweet taste of his kisses. His kisses were the only ones she would ever know.
She closed her eyes and leaned her head against the glass. She had sensed in the American an underlying passion that she experienced when he touched her, which he did as often as he could, whenever they were alone. He held her hand, he would encircle her waist with his arm and as often as he dared he would hold her in an embrace from which she did not want to be released. He kissed her hand, he kissed her neck; she giggled, he even kissed her nose and nibbled her ear. She shivered at the memories.

Elizabeth’s admiration and respect grew with every moment Mr. Darcy endured the vulgarity of Aunt Phillips and the fawning, unctuous attention of Mr. Collins. She was grateful, too that her mother’s awe of her new son-in-law was keeping her quiet. Sir William couldn’t say enough complimentary things about Mr. Darcy and while Elizabeth enjoyed hearing so much praise she excused herself and made her way to her husband’s side in an attempt to shield him from further insult. He smiled his appreciation as her aunt and cousin now turned their attentions to Jane and Mr. Bingley.
Darcy brought Elizabeth’s hand to his lips and whispered, “Shall be go home?”
Home. She looked around her mother’s sitting room; this was no longer her home. Her home was with him now. She looked up at him and smiled, the excitement of the notion tightening her stomach.
She went first to Jane and then to her father. His sad smile hid the despair he felt at losing his second and favorite daughter. His consolation was her happiness. And she was very happy; he had never seen his Lizzy glow with such joy. While she bid farewell to her father, Darcy went to the Gardiners, thanking them once again for taking Elizabeth into Derbyshire the summer before and in appreciation extended an unlimited invitation for them to visit Pemberley. He then slipped quietly into the foyer and waited for his wife. He did not wait long, Elizabeth and her father came through the sitting room door, arm-in-arm as Mrs. Hill handed Mr. Darcy’s hat and coat to his valet. Her father helped Elizabeth with her coat and then kissed her cheek.
Mr. Darcy saw the tears welling up in Mr. Bennet’s eyes. “I love and respect her, Sir. I will take care of her.” Mr. Bennet nodded and walked to the door with the couple but Darcy stopped, “Should we not bid farewell to Mrs. Bennet?”
Mr. Bennet spoke before Elizabeth had the opportunity. “Not if your desire is to leave today.” He gave Elizabeth a knowing smile, “Off with you.”

After taking a very deep breath Jane chuckled. Could she not have imagined the Darcy’s wedding night? Oh, yes she had imagined it, many times. It was easy to imagine, she simply remembered the American’s gentle touch and kisses.
She had no regrets; the twenty first century was no place for her. No, her place was here with kith and kin. Except for some of the societal changes, there was little in the future that beckoned her sensibilities. Mr. Darcy, of course and for that she would always harbor a bit of envy of Miss Knight for she had the opportunity to experience the Virginian… maybe even have her own wedding night with Mr. Darcy.

Turning away from the window Jane sighed. And so it was.

Below is the trailer for Yours Affectionately, Jane Austen. Enjoy!

Thank you, Sally, for sharing such an exquisite story with us. I have to say that I found it as exceptional as your books. 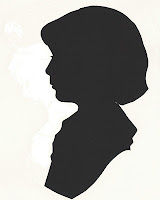 The giveaway is for Yours Affectionately, Jane Austen. It is international for eBooks and domestic for paperbacks. To be entered please leave a comment below. Be sure to include your email address in the comment. To prevent unwanted spam, put your email address with an (at) instead of @.  Winner will be chosen in a random drawing. Giveaway ends at midnight, May 21. Good luck.
Posted by Janet T at 10:15 AM