Joana Starnes and the Best Story Ever Told + Giveaway! 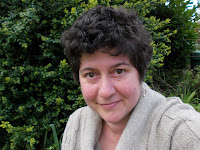 It is such a pleasure to have Joana Starnes, author of From This Day Forward; The Darcy's of Pemberley, visit today. She tells us of her love for Pride and Prejudice and how she started writing. She is also generously giving away two eBooks! Thank you, Joana, and welcome!

Hi, Janet, and many thanks for inviting me, it’s great to be here!

My first encounter with ‘Pride and Prejudice’ dates many years back. It was the first Jane Austen novel I ever read, the first book I fell in love with, and an enduring favourite ever since. Decades down the line, I still think it’s the best story ever written.

Then, twelve years ago, having given up my medical data management job to be a stay-at-home mum, I found myself with enough time on my hands to be able to watch the six-hour 1995 BBC adaptation several times in quick succession, and was left craving more. As other Austen fans said before me, if the book – or the film – finished, there was no reason why the story should, so I started trawling the internet, discovered the Republic of Pemberley and then the Derbyshire Writers Guild – and the rest is history.

After lurking for years and enjoying many stories there, most of which I was delighted to find at Amazon after a while, I showed up at DWG with my first foray into fan fiction, ‘Steady to his Purpose’, a Pride & Prejudice ~ Sense & Sensibility variation, later hosted on Renee Olstrom’s lovely ‘Mrs Darcy’s Story Site’.

With hindsight, ‘Steady to his Purpose’ is rather a first-time effort and, in its original form, does need a lot of work, so I plan to spend some time revising it before making it available later in the year, in a new version and under the new title of ‘The Second Chance’.

As a matter of fact, ‘From This Day Forward’ started life as a sequel to it, but then I somehow drifted towards writing it as a sequel to the real thing.

I think what I enjoyed most was the opportunity – or the excuse – to immerse myself in Jane Austen’s world, to try to understand her way of life, and that of her characters. To walk through some country-house or another and imagine what it must have looked like when it was alive. When the spits were turning in the kitchen, the copper utensils on display were actually in use, when the halls would teem with servants and the drawing-rooms would glitter with candles and jewels, when age-old traditions were upheld and the ‘great house’ was responsible for the welfare of many.

It has been often said that one of the reasons why Jane Austen’s novels are timeless and enduring is that she didn’t anchor them into the details of her physical world. While this might be true for literary critics, I found I craved the very same details, and that I enjoyed sequels and retellings so much more when they did give hints to authentic events and lifestyles because, somehow, that made them so much more relevant and real. Pamela Aidan’s novels were the first to make me feel this way and then, to my great joy, over the years I found so many others.

I don’t know whether living in England has shaped my writing in any particular way. As I said before, it did help to catch glimpses of Pemberley in many of the places that the National Trust looks after – and I don’t mean just the country-houses openly associated with the 1995 and 2005 adaptations.

For those who have read ‘From This Day Forward’ already or intend to read it, there is a wonderful portrait of Lady Isabel Darcy in the Saloon at Sudbury Hall, as there is the most adorable print room papered in caricatures at Calke Abbey, and a lovely cherry-tree orchard in the walled gardens of Buscot Park. And personally, I don’t think there’s anything more beautiful than the dining room at Attingham Park, with the enormous table set up for a Regency dinner party – except perhaps The Vyne, decorated for Christmas. And if you ever go cycling in Derbyshire, it’s ever so easy to picture Mr. Darcy and Mr. Bingley galloping over the very same fields but, if you don’t get to travel so far north, Mr Canning’s house is still standing, at No. 50 Berkeley Square in London, and around the corner, on Piccadilly, there is the Royal Institute of Painters in Watercolour which, not unreasonably, Miss Bingley who lived in the nearby Grosvenor Square might have visited, and the same could be said of the Darcys.

While being able to see all these did help, and made dreaming up the story so much more enjoyable, I don’t think it matters where we sit down to write. After 200 years of alterations and ‘improvements’, we’re bound to find Jane Austen’s England not as much in the real world as in our hearts and our imagination.


To all who read this, my warmest thanks for your interest in ‘From This Day Forward’, and I hope you will enjoy reading it as much as I enjoyed my search for the Darcys of Pemberley!

Purchase From This Day Forward:
Amazon Paperback and Kindle


Thank you again, Joana, for being my guest. It was so nice to hear of your progression from a love of Jane Austen to a writer of retellings. I have to think that being in England and seeing the beautiful estates and places that the National trust looks after, would inspire one to write most aptly. It would certainly aid in the details which you do so well! Step back in time to Lacock village and you will know you are in Meryton!

Joana is giving away two eBooks of From This Day Forward, for your eReader. To be entered in the giveaway, please leave a comment. The giveaway is international. Good luck to all. Be sure to include your email address in the comment. To prevent unwanted spam, put your email address with an (at) instead of @.  Winner will be chosen in a random drawing. Giveaway ends at midnight, June 24.