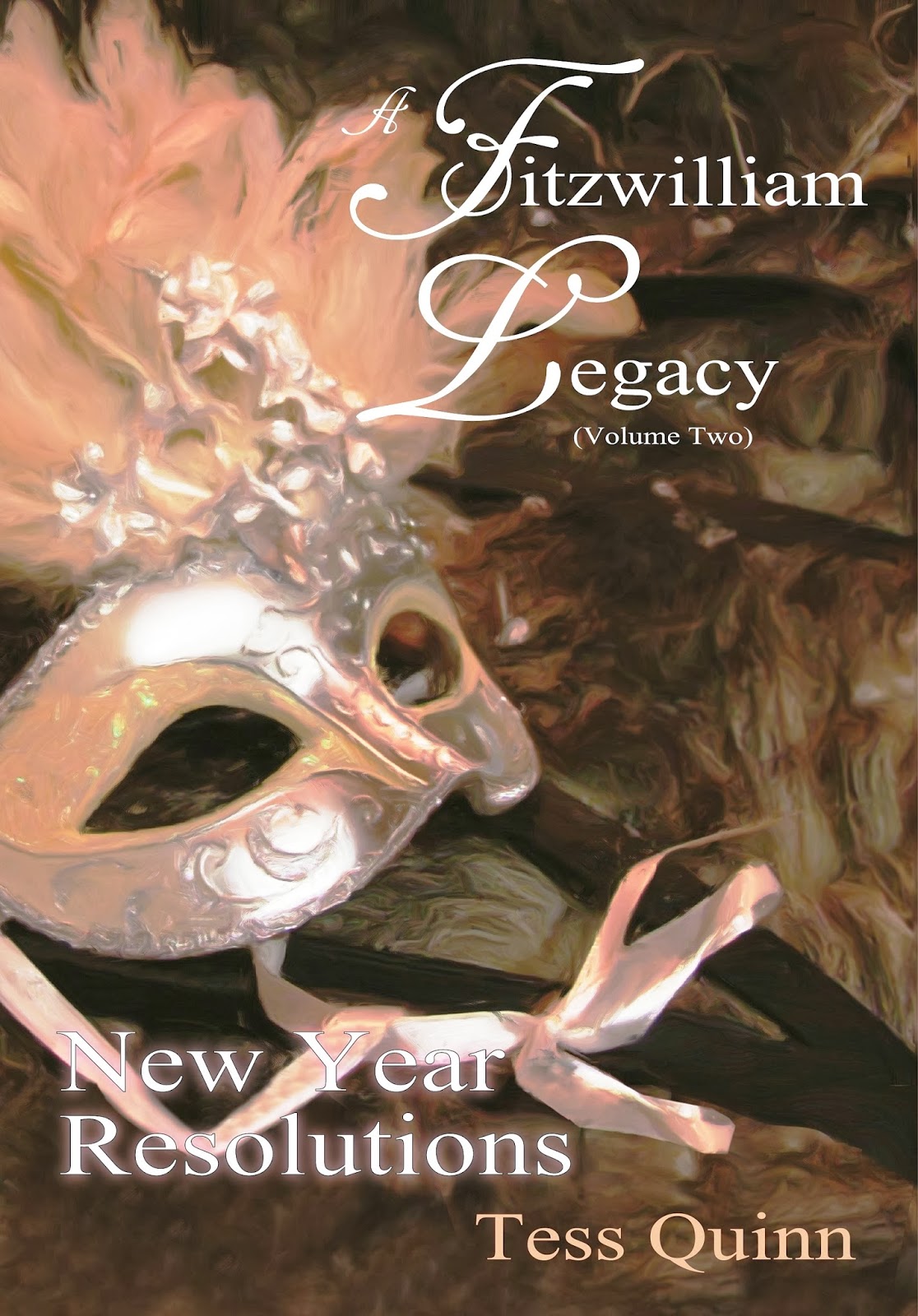 A Fitzwilliam Legacy:  New Year Resolutions did not disappoint and was a delight to read. It begins New Year’s Day, 1799 and ends January 7, 1799. There is an epilogue that does justice to later days and years. I was as pleased with the second volume as I was the first.

At the end of my review of Volume I, I posed some questions that I thought to answer in this review. To do so would spoil the fun of reading both books for oneself.  Instead I will list some significant highlights and favorite parts of this second volume.

Colonel Fitzwilliam accidentally overhears a conversation which makes a difficult situation even more heart-breaking. The two volumes center much round the dear Colonel and the troubles that are put before him. The resolutions and the path to attaining them are vastly rewarding.

Poor Darcy has to ‘handle’ a very trying situation with his cousin, Anne, a situation imposed on him by Lady Catherine. (He does a most excellent job and all is not as it seems.)

When Georgiana was little, she could not pronounce ‘Fitzwilliam’ or ‘Richard’ correctly. Her botched way of saying both names became nicknames for the two gentlemen. Richard’s name was pretty cute and even fit him at times during both volumes. The one for Darcy was adorable but totally ‘NOT’ how I think of Fitzwilliam Darcy!

Anne’s ploy to get her wishes with her mother is something I did not see coming but thoroughly enjoyed. Anne is a bit like her mother after all. Clever girl for outsmarting Lady Catherine!

A recalled conversation between Darcy and Lady Anne gave much insight into Lady Catherine’s behavior and Darcy’s relationship with her. It was believable and felt like canon because it explained so much about the lady. I very much enjoyed this story line and learning of her history with a certain gentleman.

The following quote from Volume II is referencing a young man’s application to Mr. Darcy for Georgiana’s hand.  It is quite descriptive and made me laugh but I also commiserated with the young gentleman.
This was the most difficult moment of his life! ―Nathaniel Hewitt stood facing a beast of mountainous proportions, concentrating on remaining straight and tall and concealing the slight quiver in his knees.  Not the best impression to leave if one’s legs should buckle and drop one to the floor just at the moment of making application. ― Mr. Darcy did not make it easier. His countenance had assumed a wary frown as soon as Nat had requested a word with him, and the expression had not altered one whit in the interim.
To describe Darcy as ‘a beast of mountainous proportions’ was priceless. I could feel dear Nat’s quiver.

Kitty learns some things about herself as she grows to care for a young clergyman. I enjoyed seeing her character develop.

In Volume II the author stays consistent with her writing style, her story-telling and her lovely use of Regency language, where, in my humble opinion, she ranks among the best. The main plot and the subplots, which were also an integral part of the narrative, were not just neatly tidied up with a bow to bring the story to its gratifying conclusion but were handled in a realistic and satisfying way, giving fulfillment to the ending. Thank you, Tess Quinn, for this most pleasurable read.

This is the second volume of a two volume set and does need to be read after Volume I.

Tess Quinn is giving away one digital copy of A Fitzwilliam Legacy, Volume I or II to a lucky winner and the giveaway is international. To be entered leave a comment below as I always love reading your 'share in the conversation'! Good luck to all. Be sure to include your email address in the comment. To prevent unwanted spam, put your email address with an (at) instead of @.  Winner will be chosen in a random drawing. Giveaway will end at midnight, February 25, 2014.
Posted by Janet T at 9:38 PM