Jane Austen and the Theatre with Syrie James

My guest today is author Syrie James. I must confess, Dear Readers, I felt I hit the 'big time' having Syrie James at More Agreeably Engaged! She is stopping by as part of her virtual book tour for her latest release, Jane Austen's First Love. I have started reading this book and am enjoying it immensely. It has made me want to do some digging myself. I am quite fascinated with all the research that you did, Syrie, and the excitement you must have felt on several of your discoveries. Thank you so much for visiting and for telling us a little about Jane Austen and the Theatre.

Jane Austen loved the theater, an interest which began at an early age, when she and her sister and brothers put on performances in the barn at Steventon Rectory. I was so intrigued by this notion, that when I wrote my novel Jane Austen’s First Love, I included a home theatrical as a major plot point in the story.
Jane and her siblings used to act for a small circle of friends, complete with scenery and memorized lines. The “Steventon Theatricals” began when Jane was seven years old and continued until she was fourteen, at one point (in 1788) presenting plays every few months. The young Austens put on comedies, burlesques, and knockabout farces dealing with scheming daughters, flirting rogues, quarreling servants, disguised ladies, and jealous gallants. James Austen, the eldest son, served as actor-manager, and wrote and spoke his own prologues and epilogues. The Austens’ beguiling cousin Eliza de Feuillide, who was fourteen years Jane’s senior, usually joined in these performances, playing the leading female roles. All the children took part. Jane, who is said to have had a sunny disposition and a gift for reading aloud with great expression, was no doubt a talented young actress. 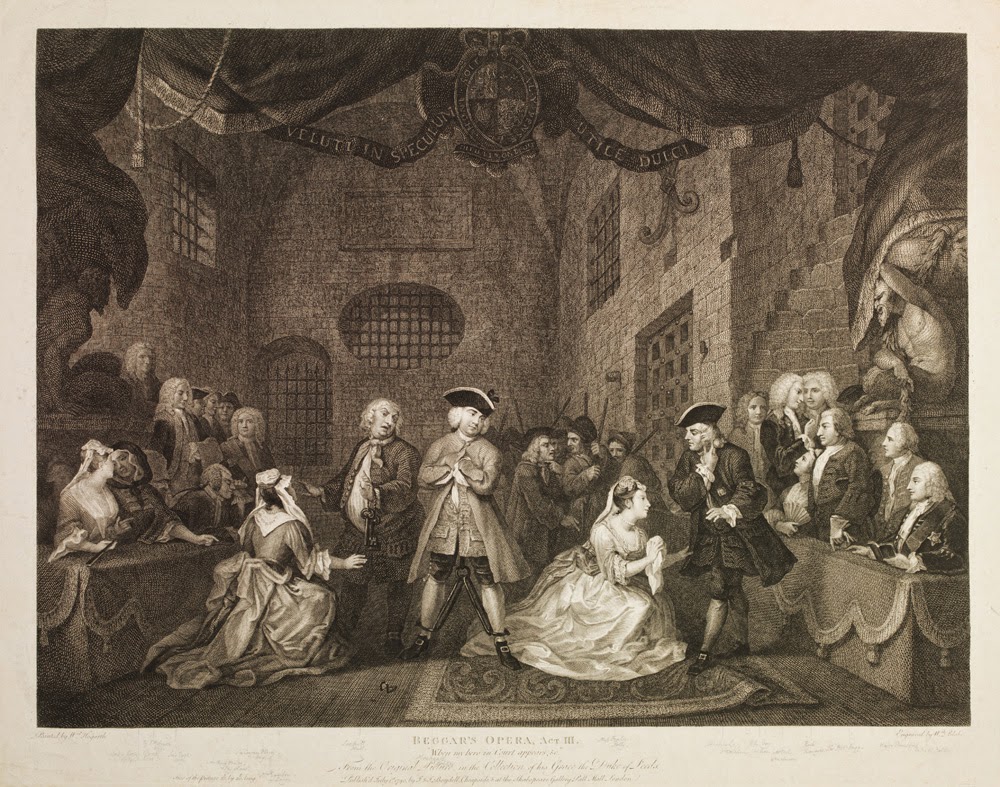 Engraved print of The Beggar's Opera, London, England circa 1729

The Steventon Theatricals greatly influenced Jane’s early writing, which includes brief plays and numerous short stories, all comedies, farces, or burlesques. Years later, Jane recalls the dramatic exploits of her youth in her novel Mansfield Park, when the young people put on the somewhat risqué play “Lovers’ Vows.” The theatrical chapters in Mansfield Park are filled with vivid details of the play in progress, designed to showcase the beliefs and emotions of the characters involved. Jane Austen’s nostalgia for her own similar, youthful experiences is nowhere more evident than in this excerpt, when Mr. Yates, a friend of Tom Bertram’s, bemoans his recent, aborted attempt to stage Lovers’ Vows:
“Happily for him, a love of the theatre is so general, an itch for acting so strong among young people, that he could hardly out-talk the interest of his hearers. From the first casting of the parts, to the epilogue, it was all bewitching, and there were few who did not wish to have been a party concerned.” (Mansfield Park, Chapter 13)
Not everyone in Mansfield Park, however, shares this enthusiasm. Edmund Bertrum argues emphatically against the idea of putting on a play, and only accepts a part to afford him the opportunity to rehearse with Mary Crawford, the woman he fancies. Fanny Price, the moral compass of the novel, is uncomfortable about the proceedings on the grounds that the absent patriarch, Sir Thomas, would find it objectionable, and later because the rehearsals have thrown together certain people in an intimate manner which would otherwise never be sanctioned, and is painful for her to watch. Indeed, at the end of the novel, Tom Bertram deems his play “a dangerous intimacy” and “unjustifiable theatre.” 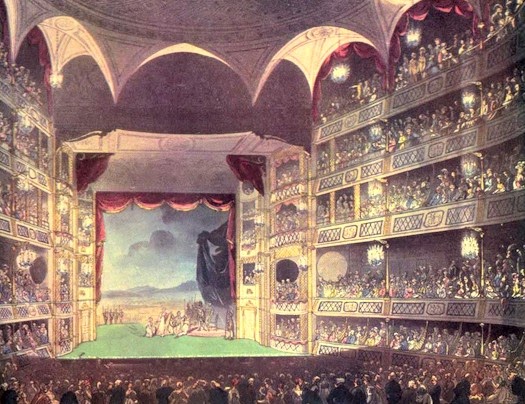 If Austen loved acting and the theatre as we believe she did, then why did she present the enterprise in Mansfield Park as irresponsible? Was she simply looking for a way to introduce conflict into the story? Or is there more to it? It is well known that the Austens’ charming (and married) cousin Eliza flirted overtly with her cousins Henry and James whenever she came to visit, and that both were very attracted to her. (Henry eventually married Eliza after she was widowed.) Could it be that Eliza and one or both of the young Austen men, under the guise of the bawdy Steventon Theatricals, behaved somewhat inappropriately with each other—an act the young Jane observed and felt created “a dangerous intimacy”? I think it highly likely that she did.
It was this idea that inspired the theatrical scenes in my novel Jane Austen’s First Love.
Fifteen-year-old Jane Austen is visiting the ancestral estate of the Bridges family, Goodnestone Park in Kent, when a rainstorm threatens to ruin all the family’s plans. Jane suggests that they put on a play—an endeavor which has disastrous, yet ultimately illuminating results. I had the time of my life researching and writing Jane Austen’s First Love, and hope that readers enjoy it!

Thank you for stopping by on your busy virtual book tour. Your post was illuminating and insightful. I'm glad you shared this aspect of Jane's life with us.

It was an honor to take part in your virtual tour and I wish you much success with the new book. I can hardly wait to finish reading it!
Posted by Janet T at 9:22 AM