In a rare interview of Jack Caldwell, author Jack Caldwell asks him some pertinent questions as to why we should take an interest in his book, The Plains of Chalmette, set in New Orleans. After reading his convincing and humorous answers, I feel quite certain that you, dear readers, will be as ready to buy this book and the ones to follow, as I am. You sold me, sir! :)

Please join me in welcoming back the talented writer and most excellent interviewer/interviewee, Jack Caldwell. Great interview, by the way!

Jack Caldwell interviews himself about THE PLAINS OF CHALMETTE.

Hello, everyone. Jack Caldwell here. First, I want to thank Janet for allowing me back on More Agreeably Engaged. For my previous appearance, it’s here.
My main purpose today is to bring my latest historical romance to your attention. THE PLANS OF CHALMETTE: a Story of Crescent City is set in the dangerous days just before the pivotal Battle of New Orleans. Its release coincides with the 200th anniversary of the battle.
Last time I was here, Janet was kind enough to interview me. This time around, time constrains being what they are, I have decided to cut her some slack by interviewing myself.
Do not try this at home—the mental gymnastics required will result in permanent damage to your psyche. Don’t worry about me, though. I’m a writer, and therefore, already insane.

ME: All right, Mr. Caldwell, why should readers of More Agreeably Engaged shell out money to buy this book?
MYSELF: Because that’s how I make a living?

ME: Try again.
MYSELF: Well, two reasons. THE PLAINS OF CHALMETTE is a sweeping romantic novel about the Battle of New Orleans, set in the exotically dangerous city of New Orleans. The book blurb is below:

It is 1814, and America’s second war against Great Britain is going badly. Now the enemy is ready for its knock-out punch. They seek to take New Orleans, and by doing so, control the Mississippi River and North America forever.
Major Matthew Darcy of Baltimore is dispatched to help defend the beleaguered city, and discovers an alien place that does not trust its new countrymen. He also finds forbidden love with a lovely Cajun-Creole lady.
Now, with a devastating invader at the city’s doorstep, Darcy joins General Andrew Jackson’s rag-tag army of backwoodsmen, Creoles, free blacks, and buccaneers in the face of overwhelming odds.
If that doesn’t get your blood going, you ain’t alive.

ME: And the other reason?
MYSELF: THE PLAINS OF CHALMETTE is the introduction to a proposed succession of novels about New Orleans, called the Crescent City Series.  I tell the two-hundred year history of this intoxicating city through the lives of a handful of families, in particular the Darcys and the Fitzwilliams. I have to get them there; thus the beginning of the saga.

ME: So you’re really selling more than one book today.
MYSELF: Yep. Is there a law against that?

ME: Not yet. Now, most of the lovely readers of this blog are fans of Jane Austen and all the talented writers who attempt to write JA-flavored novels. How does THE PLAINS OF CHALMETTE fit into that genre?
MYSELF: The protagonists of the novel are US Major Matthew Darcy, a distant cousin of the Darcys of Pemberley, and British Major James Fitzwilliam, estranged son of Lord Matlock and brother of Colonel Fitzwilliam. There’s the Pride and Prejudice connection. True, a Darcy fights a Fitzwilliam in this book, so that ought to be fun, right?

ME: You mean Colonel Dreamboat gets killed?
MYSELF: No, Colonel “Dreamboat” Fitzwilliam does not fight at New Orleans. His brother does. I did not say that anyone gets killed. Of course, I did not say that anyone won’t get killed. The audience must read the book to find out.
To digress, Colonel Fitzwilliam was not the dreamboat portrayed in the 1995 production, if one reads Pride and Prejudice carefully—

ME: No one cares about that, Mr. Caldwell. Don’t blow up the ladies’ fantasies, if you please.
MYSELF: Right. Sorry. Back to the subject at hand, THE PLAINS OF CHALMETTE is a prequel to my epic coming out this summer: CRESCENT CITY.
CRESCENT CITY is a three-volume novel about the events leading up to, during, and after 2005’s Hurricane Katrina. To tell the story, I weave the plots of Pride and Prejudice, Sense and Sensibility, and Emma into a gumbo of romance and intrigue. The three books will be BOURBON STREET NIGHTS, ELYSIAN DREAMS, and RUIN AND RENEWAL.

ME: CRESCENT CITY sounds familiar.
MYSELF: That’s true. It was posted on several Internet boards previously.  It’s been completely reedited and improved, if I say so myself.

ME: A writer’s ego. Sheesh! Anyway, back to THE PLAINS OF CHALMETTE. It’s about the Battle of New Orleans. A war book is all fine and good, and historical accuracy is a given, but the ladies want romance. Is there romance in it?
MYSELF; Sure. Besides Matthew’s love interest, the lovely Cajun-Creole heiress, Anne-Marie Dansereau, there’s James’ wife, Margaret Fitzwilliam. Did you know some of the British officers brought their wives with them during the invasion of Louisiana?

ME: What? B-but Hollywood says—
MYSELF: Since when was Hollywood right about anything? There are a lot more surprises in THE PLAINS OF CHALMETTE. You’ll have to read it to find out. I have more information at my website here.

ME: You really want them to buy this book, don’t you?
MYSELF: Is the Pope Argentinean?

“It takes a real man to write historical romance, so let me tell you a story…”
THE PLAINS OF CHALMETTE is now available in print from Amazon, Barnes & Noble, Book-A-Million, and other fine Internet bookstores. A Kindle version is also available (look for the NOOK version this summer). 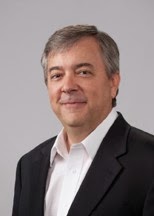 Jack Caldwell is an author, amateur historian, professional economic developer, playwright, and like many Cajuns, a darn good cook. Born and raised in the Bayou County of Louisiana, Jack and his wife, Barbara, are Hurricane Katrina victims who now make the Suncoast of Florida their home.
Jack is the author of four Jane Austen-themed books. PEMBERLEY RANCH is a retelling of Pride and Prejudice set in Reconstruction Texas. THE THREE COLONELS – JANE AUSTEN’S FIGHTING MEN is a sequel to Pride and Prejudice and Sense and Sensibility. MR. DARCY CAME TO DINNER and THE COMPANION OF HIS FUTURE LIFE are Pride and Prejudice-flavored farces.
In 2015, the first four of a series of historical novels about New Orleans, titled CRESCENT CITY, will be published. THE PLAINS OF CHALMETTE begins the series, commemorating the Bicentennial of the Battle of New Orleans. To mark the tenth anniversary of Hurricane Katrina, three modern novels will be released: BOURBON STREET NIGHTS, ELYSIAN DREAMS, and RUIN AND RENEWAL.
When not writing or traveling with Barbara, Jack attempts to play golf. A devout convert to Roman Catholicism, Jack is married with three grown sons. Jack’s blog postings – The Cajun Cheesehead Chronicles – appear regularly at Austen Variations.
Web site – Ramblings of a Cajun in Exile – http://www.cajuncheesehead.com
Email – info@cajuncheesehead.com
Blog – Austen Variations – http://austenvariations.com/
Facebook – https://www.facebook.com/pages/Jack-Caldwell-author/132047236805555
Twitter – https://twitter.com/JCaldwell25
Goodreads – https://www.goodreads.com/author/show/4113966.Jack_Caldwell
Priceless interview, Jack! It was such fun to read your questions and answers. What a good way to start a Monday! Your Crescent City series of novels sound fascinating and I will be following the progression of releases. I hope you will visit again as each are published. Thanks so much for stopping by and best wishes for much success.
GIVEAWAY:


Jack Caldwell is giving away one print copy of THE PLAINS OF CHALMETTE to a lucky winner and the giveaway is domestic, US only. To be entered leave a comment below! Good luck to all. Be sure to include your email address in the comment. To prevent unwanted spam, put your email address with an (at) instead of @.  Winner will be chosen in a random drawing. Giveaway will end at midnight, February 15, 2015.
Posted by Janet T at 12:19 AM