The Earl Claims His Comfort...Regina Jeffers

Hello, happy readers! We are in for a treat today. Regina Jeffers is back and she has another new release, The Earl Claims His Comfort: Book 2 in the Twins’ Trilogy. Isn't that exciting news! I always love knowing this author has a new book. Today, Regina talks to us about inheriting a Peerage during Regency times. I love her research and found this post fascinating and informative. I hope you enjoy it as much as I did. Speaking of enjoyment...wait until you read the excerpt she brought with her! I for one, am ready for more of this book! Thank you, Regina Jeffers, for giving us a teaser! Now, I'll turn the post over to you,

Hurrying home to Tegen Castle from the Continent to assume guardianship of a child not his, but one who holds his countenance, Levison Davids, Earl of Remmington, is shot and left to die upon the road leading to his manor house. The incident has Remmington chasing after a man who remains one step ahead and who claims a distinct similarity—a man who wishes to replace Remmington as the rightful earl. Rem must solve the mystery of how a stranger’s life parallels his, while protecting his title, the child, and the woman he loves.

Comfort Neville has escorted Deirdre Kavanaugh from Ireland to England, in hopes that the Earl of Remmington will prove a better guardian for the girl than did the child’s father. When she discovers the earl’s body upon a road backing the castle, it is she who nurses him to health. As the daughter of a minor son of an Irish baron, Comfort is impossibly removed from the earl’s sphere, but the man claims her affections. She will do anything for him, including confronting his enemies. When she is kidnapped as part of a plot for revenge against the earl, she must protect Rem’s life, while guarding her heart.

Huntington McLaughlin, the Marquess of Malvern, wakes in a farmhouse, after a head injury, being tended by an ethereal "angel," who claims to be his wife. However, reality is often deceptive, and Angelica Lovelace is far from innocent in Hunt's difficulties. Yet, there is something about the woman that calls to him as no other ever has. When she attends his mother's annual summer house party, their lives are intertwined in a series of mistaken identities, assaults, kidnappings, overlapping relations, and murders, which will either bring them together forever or tear them irretrievably apart. As Hunt attempts to right his world from problems caused by the head injury that has robbed him of parts of his memory, his best friend, the Earl of Remmington, makes it clear that he intends to claim Angelica as his wife. Hunt must decide whether to permit her to align herself with the earldom or claim the only woman who stirs his heart--and if he does the latter, can he still serve the dukedom with a hoydenish American heiress at his side?
_________________________ 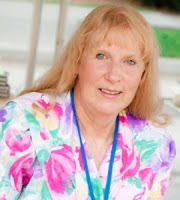 Meet Regina Jeffers
With 30+ books to her credit, Regina Jeffers is an award-winning author of historical cozy mysteries, Austenesque sequels and retellings, as well as Regency era-based romantic suspense. A teacher for 40 years, Jeffers often serves as a consultant for Language Arts and Media Literacy programs. With multiple degrees, Regina has been a Time Warner Star Teacher, Columbus (OH) Teacher of the Year, and a Martha Holden Jennings Scholar and a Smithsonian presenter.

Every Woman Dreams: https://reginajeffers.wordpress.com
Website: http://www.rjeffers.com
Austen Authors: http://austenauthors.net
Facebook:  https://www.facebook.com/Regina-Jeffers-Author-Page-141407102548455/?fref=ts
Twitter: https://twitter.com/reginajeffers
Amazon Author Page: https://www.amazon.com/Regina-Jeffers/e/B008G0UI0I/ref=sr_ntt_srch_lnk_1?qid=1479079637&sr=8-1
Also on Pinterest, LinkedIn, and Google+.
Now for the GIVEAWAY. I have two eBook copies of The Earl Claims His Comfortavailable to those who comment below. The giveaway will end at midnight EDST on Monday, September 25.
My dear, Regina Jeffers, how could you do that to us? How could you leave us with such a cliff hanger? UGH! As I was reading, I said, "No, no, no! You cannot leave us there!" But you did! Shame on you. LOL It was good even if it did leave us hanging!
Thanks so much for stopping by and for having a giveaway. Two eBooks! Isn't that fantastic, Readers! Whoever wins, you may have to drop in after reading and tell us about this book! Not spoilers, just some good enticing tidbits! :)
Leave us a comment and tell us what you think about the Peerage or the excerpt or both. Your share in the conversation is always welcome. As a reminder, the giveaway ends at midnight Eastern Standard Time on Monday, September 25th. Good luck to all!
Posted by Janet T at 12:58 AM