A Covenant of Marriage...C. P. Odom 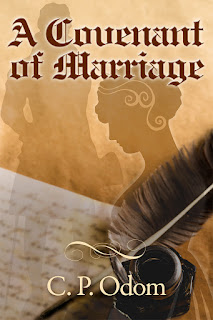 My special guest is C. P. Odom. His newest release, A Covenant of Marriage has been the #1 New Release for several days and is still holding that place of honor this morning. Congratulations, Colin!

Have any of you read the book yet? I have, and I really enjoyed it. I love books where Darcy and Elizabeth are either forced to marry or have an arranged marriage. Colin explains this more in our chat below. He has been generous enough to discuss his book with me, and he has answered some of my questions. Before we get to the interview, let's take a look at the blurb.

A Covenant of Marriage—legally binding, even for an unwilling bride!

Defined as a formal, solemn, and binding agreement or compact, a covenant is commonly used with regard to relations among nations or as part of a contract. But it can also apply to a marriage as Elizabeth Bennet learns when her father binds her in marriage to a man she dislikes. Against her protests that she cannot be bound against her will, the lady is informed that she lives under her father’s roof and, consequently, is under his control; she is a mere pawn in the proceedings.

With such an inauspicious beginning, how can two people so joined ever make a life together? 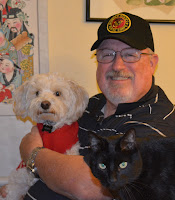 By training, I’m a retired engineer, born in Texas, raised in Oklahoma, and graduated from the University of Oklahoma. Sandwiched in there was a stint in the  Marines, and I’ve lived in Arizona since 1977, working first for Motorola and then General Dynamics.
I raised two sons with my first wife, Margaret, before her untimely death from cancer, and my second wife, Jeanine, and I adopted two girls from China. The older of my daughters recently graduated with an engineering degree and is working in Phoenix, and the younger girl is heading toward a nursing degree.
I’ve always been a voracious reader and collector of books, and my favorite genres are science fiction, historical fiction, histories, and, in recent years, reading (and later writing) Jane Austen romantic fiction. This late-developing interest was indirectly stimulated when I read my late wife's beloved Jane Austen books after her passing.  One thing led to another, and I now have four novels published:  A Most Civil Proposal (2013), Consequences (2014), Pride, Prejudice, and Secrets (2015), and Perilous Siege (2019). Two of my books are now audiobooks, A Most Civil Proposal and Pride, Prejudice, and Secrets.
I retired from engineering in 2011, but I still live in Arizona with my family, a pair of dogs (one of which is stubbornly untrainable), and a pair of rather strange cats.  My hobbies are reading, woodworking, and watching college football and LPGA golf (the girls are much nicer than the guys, as well as being fiendishly good putters). Lately I’ve reverted back to my younger years and have taken up building plastic model aircraft and ships (when I can find the time). 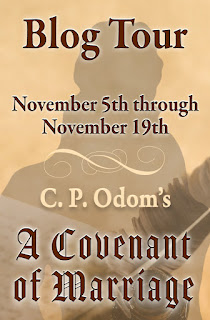 Giveaway:
Meryton Press is giving away 8 eBooks of A Covenant of Marriage. Use the Rafflecopter to enter the giveaway.

We'd love to hear from you. Leave us your thoughts in the comments.
Rafflecopter:
a Rafflecopter giveaway
Posted by Janet T at 8:37 AM