A Mystery Is Lurking at Longbourn & Suzan Lauder Wrote It! 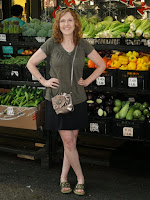 It is with great pleasure that I introduce debut author, Suzan Lauder, to you today, dear readers. Ms. Lauder has a novel of twists and intrigue that involve my favorite couple and the Bennets. Suzan shares with us how this new novel came to be a reality. For two lucky winners, there is also a giveaway!

I’m trying to guess how many Jane Austen fan fiction stories I read before I actually opened a Word document and “scribbled” down some notes about the story ideas that had been in my head for a while. Probably hundreds. It was then that I realized that one of the ideas was simple enough that I got up the nerve to post my own very short story. And after that, I probably read a hundred more while the notes turned into separate files for separate story ideas, then drafts of scenes, then something coherent enough to show to another person for feedback. And probably another hundred in the time since the first story was posted until I decided to submit Alias Thomas Bennet for publishing this year.

This love of Austen and fan fiction related to her novels is very recent for me. A few years ago my health started deteriorating to the point where I was unable to work. Prior to that, I’d been a very driven professional, always looking to the top of the job hierarchy, having little time for self, including virtually no reading of fiction past high school. One or two bestsellers a summer was it. So while I was off work, I decided to get back to the enjoyment of reading, with my attention on nothing special, just crime-type bestsellers. After a couple of months of reading those, I decided that it really was time to try reading some more classic novels, and turned to my Public Library for those. 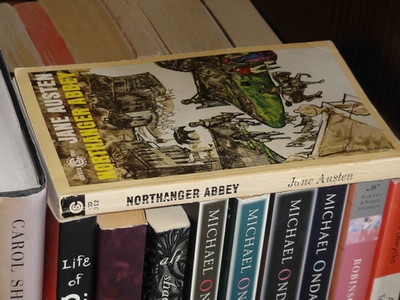 But I also had a copy of Jane Austen’s Northanger Abbey. It was a cheap, worn, little paperback and I had no idea where it came from. I knew people who liked Austen, in fact, an old friend, Pulitzer Prize winning author Carol Shields, was a die-hard fan and wrote and excellent biography. But I am no literati, and had no idea what I was getting into. Weren’t these types of books dead boring?

Then Catherine Morland came into my life, surrounded by words strung together in the most darling ways, making me smile at a time when I really felt like crap. I read sentences and paragraphs over several times because they just blossomed, popped, grabbed me. Of course I wanted more! And the public library was just the thing! Heck, this could be my go-to novelist whenever I wanted to read a book. No more best-sellers, I was a Jane Austen girl. I’d read every Jane Austen novel that was ever printed… in two weeks.

What? Only six novels? Okay, the Juvenilia, the Letters, then a couple of biographies. I re-read Pride and Prejudice twice. There were movies and TV series available at the library, too.

Then luckily for me, when I was using the library’s search tools to find more, books by Linda Berdoll and Pamela Aiden and a couple of other authors came up. (If you haven’t read these two authors’ books, I highly recommend them!) But that was pretty much it for my library, so I went out and purchased Pride and Prejudice and Zombies. (I’m making a face here thinking about it!) Thinking there may be titles my library and book store didn’t carry, I turned to the Internet to find more books.

Eventually I found some lovely short stories at a web site called Bits of Ivory, which is no longer around. Then I found another now-defunct small site with a handful of authors, Firthness, where the stories were longer and more mature. After reading one or two excellent stories there, I began to resent its policy of stories by a list of preapproved authors. It wasn’t fair. What if I wanted to write, too? How did one get on this list? Well, soon after I found the Derbyshire Writer’s Guild, which does allow new writers. Not that I was writing yet.

At some point I found the phrase “fan fiction” and found out what it meant, and it gave me new power in my search for stories. It wasn’t long before I was reading on a dozen different sites, some large, some hosted by the individual author.

I learned a lot of things during that time, some about my own preferences, and some about the community of Jane Austen Fan Fiction. But one that is in the forefront is that I like spicy what-if story variations as opposed to sequels. So when I started to write, my stories were set during the course of the original plot of Pride and Prejudice, asking a question about a key aspect of the story that, if changed, could have affected a great deal in the original plot.

Alias Thomas Bennet is the first novel-length story I wrote, and it is definitely a “what-if.” It asks the question, “What if Mr. Bennet was a better man?” The answer takes us to a new-and-improved Bennet family, very different interactions with other characters such as Mr. Darcy and Mr. Wickham, and the absence of several issues that put Darcy and Elizabeth at odds during the Hunsford proposal in canon. However, we can’t have the book end at a saccharine Hunsford. Fortunately we always have characters like Mr. Wickham and Lady Catherine to throw a wrench into things and threaten the happiness of our dear couple.

But in order to facilitate the change in Mr. Bennet, I came up with a plot twist that affects people in more ways than just Bennet’s influence can manage. How’s that for a sneaky way to interest you in reading my book? I can’t tell the secret, though the cover art does give away a few hints! 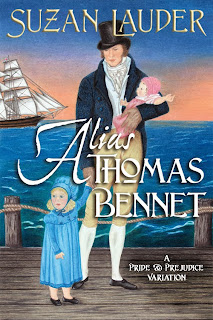 Yes, that is a very young Jane and Elizabeth Bennet with their father on the front cover of my book. I have to comment here that I adore the details in the artwork done by More Agreeably Engaged’s Janet Taylor, such as how Jane has her little fist tightly around her father’s finger as she looks timidly at something we can’t see, and how her father tenderly looks on her while he carefully holds a wiggling infant Elizabeth. The love of this father for his family, and the extra lengths he goes to for their benefit, is key in the novel.

The differences in Mr. Bennet mark only the start of the changes I’ve employed in Alias Thomas Bennet. Once the butterfly has flapped its wings, all sorts of things have potential to result. I’m fairly confident that you’ll enjoy the roller coaster ride that follows.

Alias Thomas Bennet will be available at Amazon and Barnes & Noble upon its release later this month.

Connect with Suzan Lauder at Roadtrips with the redhead
(By the way, I love the picture on your blog!)

Suzan, what a thought-provoking story you tell about your journey to Jane Austen and writing. Isn't it amazing how many of us have similar paths to our love for all things Austen and...dare I say it, in my case, obsession for them. Thank you for taking the time to share yours with us. Thank you also for the nod to the artwork for your cover. I'm thrilled that you like the details. Hopefully, the hints there will intrigue the reader, as your plot twists and story are very enticing.

Michele Reed at Meryton Press is generously offering two books for the giveaway. One is a trade paperback and the other is an eBook for your eReader. Both are international. Good luck to all. Be sure and leave a comment to be entered. We want to hear your say in the conversation. Be sure to include your email address in the comment. To prevent unwanted spam, put your email address with an (at) instead of @.  Winner will be chosen in a random drawing. Giveaway ends at midnight, November 18.

NOTE:  This book has not been released yet so winners will not receive their copies until later in November...after the book's release!
Posted by Janet T at 10:10 AM