The Most Intersting Man in the World...J.L. Ashton and Justine Rivard 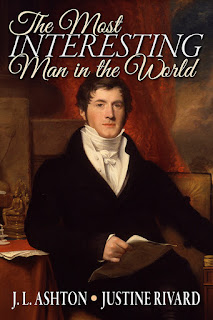 This is the last stop for The Most Interesting Man in the World Blog Tour. If you've been following the tour, you know there have been some great posts, interviews, and reviews. Today's post is no exception and is such a fitting end for the tour. It is a fun post and I'm confident you will all enjoy reading just who is the most interesting man, besides Darcy, of course! I love how these men are scored! Quite clever, ladies, but then, after reading your other posts and your book, I believe you both have wit and "cleverness" in abundance! :)
Thanks for stopping by and congratulations on your release.


Please forgive the formatting and spacing of this post. No matter how many times I changed it, Blogger has had a mind of its own and changed it back. I have been trying for several days to no avail! :(  Blogger will not even let Darcy's score stay red like the rest!

Janet, it is such a pleasure to join you here at More Agreeably Engaged to talk about our book, The Most Interesting Man in the World. The cover you designed with Ellen Pickels is so perfect, and we want to thank you again for your fine eye for art. As we wrote the book, Justine and I indulged our love of research and history and took on an investigation as to the rivals for the title Bingley has bestowed on his great friend.

Darcy Aside, Who Was The Most Interesting Man in
the World?
[Darcy] had a brilliant mind. He was the best master, the best brother, the most loyal companion, the most accomplished sportsman, and, furthermore, the owner of the broadest shoulders and the best seat Bingley had ever seen. Not to mention his handsome face and magnificent cleft chin.
He suspected that Darcy did not smell of sweat and horseflesh. Darcy once told him that a gentleman should not follow the example of Beau Brummell, but—perhaps due to his disdain of the Prince Regent—he did agree with the fashion arbiter that all gentlemen should smell of good washing and fresh clean air. It was a valuable bit of advice even though Bingley was fond of dusting powders and hair pomade.


The Regency era was a fascinating time of change and innovation and London was at the center of it. Many of those transformations were led by men of taste and fashion, brains and bravery. They were the men who would be headline news for their accomplishments. But while these men were esteemed and influential personages (and actually real), Bingley has his own estimation of what makes a man interesting, admirable and awe-inspiring.


Let’s take a quick look at a half-dozen rivals for the title, and see how they measure up to Bingley’s icon.
The Royal: The Prince Regent
The man later known as King George IV presided over society,
influencing style, taste, and culture. But helping establish the National
Gallery and shape the landscape of modern London means nothing compared to his dissolute way of life, bad habits, personal extravagances, and selfish, petty viciousness. He may have shared Bingley's enormous appetite for food, but that is probably the only thing Bingley would find admirable in him. Score: no cravats on a scale of 1 to 5 cravats
The Dandy: Beau Brummel
Much as our Bingley admires Darcy’s belief in smelling like good washing and the great outdoors, he would have admired this trendsetter, who transformed male hygiene (and hence, grooming) by persuading men they should wash every day. Boo-yah! This arbiter of fashion created the definitive style of the English gentleman with his tailored, very tight clothing. But Beau was pretty high maintenance, and he had a wickedly acid supply of bon mots and social judgments. Poor Bingley would likely misunderstand many of them, and perhaps create yet another international incident. Score: 3 cravats
The Soldier: The Duke of Wellington
Gallant and honorable and totally swoonworthy in his uniform, Wellington had many admirable traits that Bingley might want to emulate. But while Bingley would occupy his time with mundane pursuits such as daydreaming about Jane, Wellington was ever so busy leading the troops and ending years of conflict in Europe. Thus this knight was rarely home long enough to take off his shining armor, and when he did, his charisma was such that he was always surrounded by a throng of women clamoring to get a piece of him or his neckcloth. He was the Franz Liszt or Frank Sinatra of his day. Bingley loves the attention of beautiful ladies, but would prefer not to be torn apart by rabid packs of them. Score: 4 cravats
The Player: William Wellesley Pole
Even Jane Austen was intrigued by the man considered the finest young dandy of the Regency era. A brilliant athlete, he was renowned for his waltzing, equestrian skills, and a Regency-style six-pack. Women more than admired him; he was a player with the nickname Mr Long Pole. Bingley would likely imagine his moniker referred to a penchant for punting on the Cam, which, while romantic, is not his cup of tea, preferring as he does pursuits taking place on good old English soil. Score: 3 cravats
The Poet: Lord Byron
The man who wrote “She walks in beauty, like the night of cloudless climes and starry skies” was more than just one of Britain’s greatest poets; he was brilliant, handsome and passionate. Very passionate—about and with many women. Such passion might be a point of admiration for our dear Bingley, who is likewise an expert at falling in and out of love, but Byron’s experience and poetical vernacular would overwhelm him. Score: 4 cravats
The Writer: Sir Walter Scott
The man who wrote Ivanhoe and The Lady of the Lake is exactly the kind of man Bingley would admire: Scott fell madly in love with his future wife and married her after only three weeks of courtship. He was tall and well formed, with a round, noble forehead. Scott even leased a fine estate on his way to purchasing one of his own. Whether Bingley would read Scott’s books, let alone add them to his library, is another thing indeed. Also, Scott was a scholarly man and a judge and legal administrator by profession, so overall the man was far too intimidating and versed in Latin and Greek for the likes of Bingley. However, Scott was a happily settled family man, so Bingley would award him some points there. Score: 4 cravat
And… The Most Interesting Man in the World? Fitzwilliam
Darcy
Need we quibble? His looks and dress and manner are effortlessly elegant. He is a superior man. His natural arrogance is tempered by decency and kindness, and he brings full attention to the cares, responsibilities and duties of his great wealth and inheritance. He exemplifies the qualities of a gentleman who is a cut above the rest. The six men he bests here would have found very little fault with Mr Darcy, most especially the new and improved version who married Elizabeth Bennet.
Score: all the cravats of the other men combined, i.e., 18
out of 5 cravats


*****
Book Description:
The Most Interesting Man in the World written by JL Ashton and Justine Rivard
What has gotten into Fitzwilliam Darcy lately?
Charles Bingley, a jolly fellow who relies on his great friend’s impeccable judgment in all things, is determined to find out. What could explain Darcy’s ill humour and distraction? Or his uncharacteristic blunder of speaking Greek to a horse who only understands Latin? Not to mention that shocking book accident! Certainly, it has nothing to do with Elizabeth Bennet, the sister of Bingley’s own angel, Jane. Bingley is certain of it.
What was really going on behind the scenes at Netherfield, Pemberley, and Darcy House, and just what did those men talk about over billiards and brandy? In this novella, Bingley sheds a little light on keeping company with the most interesting man in the world, and shares his own musings on puppies, his dreadful sisters, and the search for true love. Prepare to be shocked, delighted, and confused by a Charles Bingley the likes of whom you’ve never met before.
Author Bios: 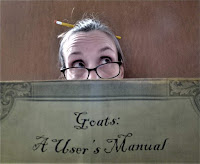 Justine Rivard is a very serious college professor who has no time for frivolity or poppycock of any kind. She strenuously objects to the silliness found in this story and urges you to put the book down at once before it gives you ideas. You are invited instead to join her in the study for a lecture about her extensive collection of whimsical 18th-century animal husbandry manuals. 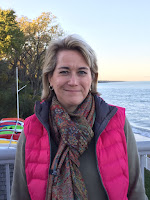 J.L. Ashton, on the other hand, is a very unserious writer of Jane Austen variations you might have read (A Searing Acquaintance and Mendacity & Mourning) and collector of recipes she will never attempt. She encourages a general lack of decorum and has a great appreciation for cleft chins, vulnerably brooding men, and Instagram accounts featuring animals. Especially cats. Also foxes. 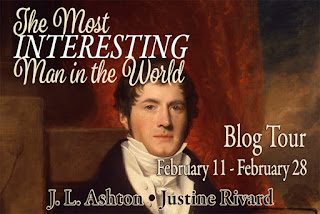 The Most Interesting Man in the World Blog Tour Schedule

Giveaways:
Meryton Press is offering eight eBooks copies of The Most Interesting Man in the World. The giveaway runs until midnight, March 1, 2019.


Readers may enter the drawing by tweeting once a day and daily commenting on a blog post or review that has a giveaway attached for the tour. Entrants must provide the name of the blog where they commented. If an entrant does not do so, that entry will be disqualified. One winner per contest. Each winner will be randomly selected by Rafflecopter and the giveaway is international.

Thanks again for visiting my blog, Jan and Justine. I hope you will come back again soon. I wish you the best with your book. A special thanks to Claudine Pepe for organizing this blog tour.
Rafflecopter
a Rafflecopter giveaway
Posted by Janet T at 8:30 AM