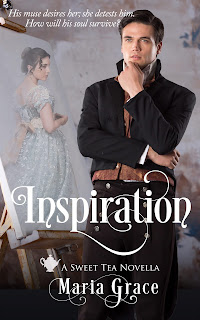 Maria Grace is my guest today and I'm happy to have her visit. Her latest novella, Inspiration, has art as a main part of the theme. I especially found this intriguing and was glad to learn more about muses and their origins. We often think of muses more for writers, but in this case, it is the artist who has the muse.  I hope you will find her research as fascinating as I did. The excerpt she shares also mentions the muse.  Enjoy!

Good morning, Janet. Thanks so much for having me. I’ve been especially excited to visit with you because this particular book features Darcy as an artist, tortured by his muse. Since you are an artist yourself, I though he might be in a predicament that would be familiar to you.

The idea of an artistic muse goes back into antiquity. In Greek thought, inspiration meant that the artist would go into a divine frenzy or madness, being transported beyond his own mind and given divine thoughts to embody. Greek mythology suggests the muses are the goddesses responsible for such inspiration. Though some counted only three muses, the classical understanding suggests that nine goddesses embody all of the arts including song, acting, writing, music and dance.

According to the seventh century BC writer Hesiod, the muses were the daughters of Zeus, king of the gods, and Mnemosyne, the Titan goddess of memory. That makes them sound a little intimidating to me. Sometimes, though, they are described as wood nymphs associated with or even born from sacred springs. (Darcy’s muse favors the nymph embodiment.)

Ancient artists would invoke the Muses while creating, asking for help or inspiration from them. In true goddess fashion, Darcy’s muse insists upon him proving himself worthy of her interventions. Here’s a peek at how his muse treats him:

***
The journey to Kent proved nothing like the ride to Hertfordshire. Nothing. And yet, the promise of a journey was all it took to send his muse thrumming, awakening every nerve with agonizing precision.

It was not possible, but still his ears ached for Miss Elizabeth’s musical voice, his eyes sought her out in every shadow, ever flash of sunlight, he longed for the scent of her—what sort of flower was it that she wore? All hunger, yet knowing no satisfaction awaited him at the end of this journey. That should have been enough to quell the longing, but no, somehow it only increased the anticipation.

If only to make the disappointment when he saw Anne all the more acute.

Realistically, that he should look forward to that. The sight of Anne was enough to chill his muse into silence. Usually. But not this time.

Why not this time?

Why could he not cease to hear Miss Elizabeth’s voice on the wind, see her face in fleeting shimmers of light? Why had he come here at all? Dreadful fool he was to think he could flee the relentless cur nipping at the heels of his soul.

He locked himself in his room with the curtains drawn against the sun. Perhaps he could sleep until it was time to depart this horrible place.

Fitzwilliam insisted he drag himself to Holy Services on Sunday. While it was his habit to do so, the knowledge that the vicar was none other than Miss Elizabeth’s cousin made the entire affair unpalatable at best. But after Fitzwilliam’s years in the army, he could be a force to be reckoned with, and Darcy lacked the energy for the standoff. So, he went.

Though the sun was bright and the air crisp and fresh, the walk to the stone parish church was flat and dull and grey. The birdsong seemed monotone and off key, even the sheep bleating rasped harsh against his beleaguered nerves.

The smell of cold, damp stone filled his nostrils as he settled into the family pew, trying to avoid eye contact. Yes, there were those with whom he shared an acquaintance, and he should deign to speak with them. He would fulfill all the obligations of etiquette at the first moment that civility was available to him. For now, it was not.

A flash of blue caught his eye. His lungs seized and refused to breath.
Wait. No, it could not be. That was simply not possible. There in the vicar’s family pew with a woman who must be Mrs. Collins.

“Darcy? Darcy? Are you well? You look like you have seen the devil himself.” Fitzwilliam elbowed him sharply.

Darcy jumped and shook his head. “Yes, yes, I am fine.”

“You have noticed Mrs. Collins’ houseguests I see. Aunt Catherine was just telling me about them.”

Them? Were there two? By Jove, yes there were two young ladies sitting with Mrs. Collins. The other must be her sister; they shared a very similar look. But the other—

“… the other is Miss Elizabeth Bennet, I am told, a childhood friend of Mrs. Collins and cousin of Mr. Collins.”

His heart swelled to fill all his chest and shut off any hope of breathing. It was her, it was her! Here in the middle of exactly where she had no reason, no hope of being, she was here. A strange sense overtook him. A foreign mix of peace and euphoria floated his limbs and left his head muzzy and light.

Inspiration Blurb
His muse desires her; she detests him. How will his soul survive?
Gentleman artist Fitzwilliam Darcy had never been able to express himself in words, but with his brushes and paints, he expressed what few men ever could. When his flighty muse abandons him, though, he finds himself staring at blank canvases in a world that has turned bland and cold and grey.

Worried for his friend, Charles Bingley invites Darcy to join him in Hertfordshire, in hopes the picturesque countryside might tempt Darcy's muse to return. The scheme works only too well. His muse returns, with a vengeance, fixated upon the one young woman in the county who utterly detests him.

Will his selfish distain for the feelings of others drive her and his muse away or can he find a way to please this woman with the power to bring color and feeling back into his world? 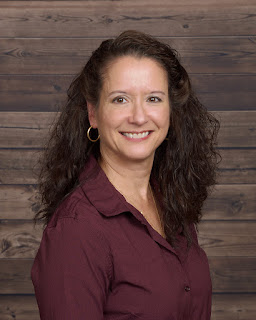 Maria Grace has her PhD in Educational Psychology and is a 16-year veteran of the university classroom where she taught courses in human growth and development, learning, test development and counseling. None of which have anything to do with her undergraduate studies in economics/sociology/managerial studies/behavior sciences.

She has one husband and one grandson, earned two graduate degrees and two black belts, raised three sons, danced English Country dance for four years, is aunt to five nieces, is designing a sixth Regency costume, blogged seven years on Random Bits of Fascination, has outlines for eight novels waiting to be written, attended nine English country dance balls, and shared her life with ten cats.

Her books, fiction and nonfiction, are available at all major online booksellers.
She can be contacted at:
author.MariaGrace@gmail.com
Facebook:
Twitter
Random Bits of Fascination
Austen Variations
English Historical Fiction Authors
Pinterest


Thank you for stopping by, Maria. It is always great to have you here. Your having Darcy's muse torture him was interesting to me. I guess in some ways, Darcy, and the actors that portrayed him were my muse. It was always my desire and sometimes my obsession to make them look as much as possible, like the scenes from the movies. I would lose all track of time, trying to capture the essence that made the scene special.

Best wishes with Inspiration. I hope you will come back for a visit when you have another release!
Posted by Janet T at 8:23 AM