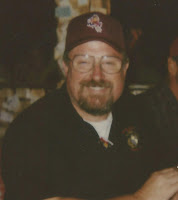 It is an honor and a privilege to have C. P. Odom, debut author of A Most Civil Proposal as my guest today.  As one of the few male Austenesque authors, I asked Colin to tell us how he became interested in Jane Austen and why he wanted to write a book about Darcy and Elizabeth. His story is both delightful and entertaining.

As an added bonus Meryton Press has generously offered to give away one Trade Paperback and the giveaway is worldwide!

As far as how I became interested in Jane Austen, let me start by saying that I have always been a big reader, mostly science fiction, mysteries, historical fiction, and histories, among other genres.  My interest in Jane Austen began after my first wife passed away from cancer.  She discovered the JA novels when she was recuperating from surgery, and she really recommended them to me.  I didn’t actually take her up on that suggestion until several years after her passing.  It was an accidental viewing of the last half of the 1995 Pride & Prejudice miniseries that started it all.  I wanted to find out what I had missed and what had motivated all the furor that went on in the video, and the simplest way I knew was to dig out Margaret’s copy of P&P.  I quite enjoyed it, and I gradually picked up various videos of other Jane Austen movies and watched them and read several of the books.  Pride & Prejudice remains my favorite, but I am also partial to Sense & Sensibility, Persuasion, and Emma.  I even picked up the 1940 version of Pride & Prejudice, with Sir Laurence Olivier and Greer Garson, although I urgently advise people to stay away from that version as if you could get the plague from it.  It is a really bad Hollyweird effort and could likely result in stunted growth in young people and premature Alzheimer’s in adults.  <Shudder!>

Now, there are many people (and not all of them female, by any means) who enjoy Jane Austen books and movies without writing about them, but I’ve always had an interest in writing, starting in high school and continuing in honors English in college.  After graduation, I spent thirty-five years as a software engineer and about seven years before that as an electronics tech.  I did a lot of technical writing on the job, and, like most jobs, when you do a task half-way decently, you get assigned more of them.  Plus, for many years, I’d had an itch to actually write some kind of fiction but had always imagined doing so in the science fiction field.  After discovering Jane Austen, I happened upon an imitative P&P sequel at the bookstore (did I mention that I love bookstores?).  It turned out to be pretty awful, however, but it did cause me to search online for other sequels.

Instead of finding a better sequel, I discovered fan-fiction.  Especially what I call JA alternative fan-fiction (change something critical to the story and then go from there).  Alternative historical-fiction books have always been one of my favorite science fiction sub-genres (it always seems to get stuck in science fiction, even if it’s dealing with something like the South winning the Civil War), so I was intrigued.

I also found that a number of the JA fan-fiction writers were really good.  I won’t name a list, for fear that I might leave someone out, but I will say (especially since I know that Janet knows Jan Hahn) that Jan was one of those who I remember fondly.

Now, plots have popped into my head for stories at various times over the years (mostly science fiction), but virtually none of them got documented in any form, and none at all went any further.  But, as I found and enjoyed a number of the JA fan-fiction stories, I started visualizing a plot alternative involving Darcy’s prideful, arrogant, and self-satisfied proposal to Elizabeth Bennet in P&P.  I thought, “What would have been different if Darcy had actually managed a decent, even a good, proposal?  Would it really have changed things materially?”  The answer, as I considered it, is that it would not have been a cure-all, since there would still have been objections in EB’s mind.  On the other hand, I thought it would have been difficult for her to slam him as hard as she did in P&P, which opened certain possibilities.  The difference with this brain-storm versus previous ones was that I was actually inspired to actually write a few of the scenes I visualized.  Then I wrote a few more scenes, and I started plotting elements to pull these scenes together.  This eventually became the fan-fiction form of A Most Civil Proposal and has evolved into my recently published novel.  Since that first beginning, I have continued to write P&P-alternative fan-fiction set in the Regency England timeframe and society.

An obvious question in this genre, where most of the readers and writers are female, is, “What does it feel like to be one of the few male writers in ‘a sea of estrogen’?”  I won’t say that I haven’t occasionally felt a little out of place, but those feelings were usually rather trifling and were easily swamped by the female readers who seemed to like what I wrote.  My own personal mind-set is even simpler – I am simply not bothered by being one of the few males in this field.  I have been married for thirty-three of my sixty-five years.  I’ve raised two grown boys with my first wife, and my present wife and I are raising two daughters (13 and 17, respectively) who we adopted from China.  I played all the aggressive sports when I was young, I enlisted in the Marine Corps during the Vietnam era, rising to Sergeant, which is why my online avatar is Marine Sergeant chevrons.  I follow a number of sports avidly (top of the list is college football & Formula 1 racing), I do woodworking for relaxation and household use, and I participate in a number of the shooting sports (Cowboy action shooting is my favorite).  In short, I don’t feel “feminized” by my reading and writing interests.  Possibly that’s because my “Guy” credentials are good enough so I can read and write about whatever I please, but I cannot tell for certain.  I’ve had women work for me on the job, and I’ve had women bosses, and neither has caused me any particular problems.  And yet I’m really quite a traditionalist – I still open doors for women.  I’m not much of a “SNAG” at all (Sensitive New Age Guy), so go figure!  All people seem to be a mixture of the complicated and the contradictory.  I’m comfortable in this writing role, and I get a kick out of showing friends the physical copy of my new book and having them say, “You wrote a Romance?”  It’s a hoot.  Maybe someday I’ll write that science fiction space opera – we’ll see.  I’m just happy to get a first novel published.  And one good thing is that I finally got my wife, Jeanine, to read at least part of AMCP.  She started right after the wedding in order to read the racier parts, in keeping with her personality (nurses all seem to be rather ‘earthy’, based on my observations).  Maybe I’ll even earn enough to take her out to a nice dinner.


Available at Amazon.com and Barnes & Noble.com

Meryton Press is graciously offering one trade paperback of A Most Civil Proposal as a giveaway.  (Worldwide) Thank You, Michele! To enter the giveaway, leave a comment below. Please include an email address so I will be able to contact the winner. The winner will be randomly picked from all the comments. Thanks for stopping by and good luck. Giveaway ends, Friday, March 22 at midnight!
Posted by Janet T at 11:57 PM