Regina Jeffers: A Thrilling Story of Murder and Betrayal 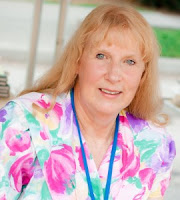 My guest, Regina Jeffers, has been on a full blog tour for her newest release, The Mysterious Death of Mr. Darcy. (Doesn't that title grab your attention?) I am thrilled that she could squeeze my blog into her busy schedule.  As a reader of all her Austenesque novels, I have been anxiously awaiting the publication of this book since first hearing of it. The excerpt that Regina shares with us today is riveting! Enjoy!

Regina Jeffers is generously offering a paperbook or ebook, winner's choice, to one lucky person whose comment is randomly chosen. This giveaway is open worldwide. Thank you.

Imagine if you will, Darcy and Elizabeth having been married for some six months. They have weathered the Derbyshire winter in wonderful marital bliss, and spring brings hopes of continued harmony. Only two events have marred their special “paradise”: Elizabeth’s recent miscarriage and the pressing news of the death of his father’s favorite cousin, Samuel Darcy, a renowned archaeologist.

As April approaches, Darcy is determined to share special moments with Elizabeth in King George III’s favorite watering hole, Mudeford, while seeing to his cousin’s will and estate. However, things are never so simple for our favorite couple. Samuel’s body has gone missing, and no matter how many other bodies Darcy discovers, there is no sign of the one he most wishes to see returned to its proper resting place. Add in a gypsy band, a witches’ coven, and a baker’s dozen unclaimed corpses, and Darcy and Elizabeth are one step behind in a very clever mystery.

Book Blurb: A thrilling story of murder and betrayal filled with the scandal, wit and intrigue characteristic of Austen’s classic novels
Fitzwilliam Darcy is devastated. The joy of his recent wedding has been cut short by the news of the sudden death of his father’s beloved cousin, Samuel Darcy. Elizabeth and Darcy travel to Dorset, a popular Regency resort area, to pay their respects to the well-traveled and eccentric Samuel. But this is no summer holiday. Danger bubbles beneath Dorset’s peaceful surface as strange and foreboding events begin to occur. Several of Samuel’s ancient treasures go missing, and then his body itself disappears. As Darcy and Elizabeth investigate this mystery and unravel its tangled ties to the haunting legends of Dark Dorset, the legendary couple’s love is put to the test when sinister forces strike close to home. Some secrets should remain secrets, but Darcy will do all he can to find answers—even if it means meeting his own end in the damp depths of a newly dug grave.

With malicious villains, dramatic revelations and heroic gestures, The Mysterious Death of Mr. Darcy will keep Austen fans turning the pages right up until its dramatic conclusion.

Excerpt: (Setting) Elizabeth and Darcy have quarreled regarding how their investigation is going. She has retreated to a “bit of wilderness” upon Samuel Darcy’s estate to think upon the argument and how best to come to terms with what she sees as a slight to females. She stands upon a rock face overlooking a waterfall and a small lake.

Author Bio:
A Huntington, West Virginia native and Marshall University graduate, Regina Jeffers spent thirty-nine years in the public classrooms of three different states: West Virginia, Ohio, and North Carolina. She considers herself a Jane Austen enthusiast. Jeffers is the author of several Austen-inspired novels, including Darcy’s Passions, Darcy’s Temptation, Vampire Darcy’s Desire, Captain Wentworth’s Persuasion, The Phantom of Pemberley, Christmas at Pemberley, The Disappearance of Georgiana Darcy, Honor and Hope, and the upcoming The Mysterious Death of Mr. Darcy. She also writes Regency romances: The Scandal of Lady Eleanor, A Touch of Velvet, A Touch of Cashémere, A Touch of Grace, His: Two Regency Novellas and The First Wives’ Club. A Time Warner Star Teacher and Martha Holden Jennings Scholar, Jeffers has been an Austen presenter at the Smithsonian. She often serves as a consultant in language arts and media literacy. Currently living outside Charlotte, North Carolina, she spends her time with her writing, gardening, and her adorable grandson.

Thanks again to Regina Jeffers for generously offering either a paperback or ebook (winner's choice) of her new book, The Mysterious Death of Mr. Darcy. This giveaway is international. To be entered please leave a comment below. Be sure to include your email address in the comment. To prevent unwanted spam, put your email address with an (at) instead of @.  Winner will be chosen in a random drawing. Giveaway ends at midnight, April 2. Good luck.