Sophia Rose is back with her "more engaging' guest review of The Exile: Kitty Bennet and the Belle Époque, Don Jacobson. This is the third review by Sophia Rose of The Bennet Wardrobe Series. If you missed the first two, find them here;
The Keeper: Mary Bennet's Extraordinary Journey and Henry Fitzwilliam's War. There's a giveaway so don't forget to have your share in the conversation.

The day after Jane and Lizzy marry dawns especially cold for young Kitty Bennet. Called to Papa’s bookroom, she is faced with a resolute Mr. Bennet who intends to punish her complicity in her sister’s elopement. She will be sent packing to a seminary in far-off Cornwall.

She reacts like any teenager chafing under the “burden” of parental rules—she throws a tantrum. In her fury, she slams her hands against the doors of The Bennet Wardrobe.

As Lydia later said, “The Wardrobe has a unique sense of humor.”

Seventeen-year-old Catherine Marie Bennet tumbles out of The Wardrobe at Matlock House to come face-to-face with the austere Viscount Henry Fitzwilliam, a scion of the Five Families and one of the wealthiest men in the world. However, while their paths may have crossed that May morning, Henry still fights his feelings for another woman, lost to him nearly thirty years in his future. And Miss Bennet must now decide between exile to the remote wastelands of Cornwall or making a new life for herself in Victorian Britain and Belle Époque France.

The Exile follows the story of Kitty Bennet as she grows from the coughing follower of her younger sister, Lydia, into a bright and engaging young woman living in the exciting world of the late 19th Century. However, she must pass through many trials before she can fully understand why the Wardrobe sent her 75 years into the future—and for her to become one of the most important fixtures in the Bennet Wardrobe Universe.

It started with the making of a magical wardrobe and turned into a family legacy.  Keepers of the wardrobe have stepped up in their turn to show their worth and this time its Kitty and Henry's turn.

I am so glad I was able to read the novella Henry Fitzwilliam's War before embarking on The Exile, here.  It definitely helped to shape my understanding and deeper interest in this first volume of Kitty's story.  Ah yes, this is indeed part one.  I'm glad of that or I'd feel consternation about requiring more.

Though, that said, this one started slow with the laying down of the foundation of the story that takes place predominately in the 1880's before it catapults the reader into an intense, darker, grittier path than expected.  I'll issue a trigger warning here for those who are unable to read about abuse at this time.  Kitty must go through the fires of hell before coming out on the other side and I was moved deeply over her plight.  I wished Henry could have been fleshed out more during all this which is why I made the comment earlier that it was good to get that earlier story that lets the reader in on why he's so reticent.

I do not wish to spoil for other readers the shocking events in store for Kitty so I won't detail out the events.  I will say that she goes from petulant teenager to deeply introspective woman who is ready to take her place as a mover and shaker in the world.

On a side note, I got a kick out of the cameos from Sherlock Holmes, John Watson, Renoir, and Freud.  What could be better when one is getting a Time Travel Family Saga than to see the characters rubbing shoulders with great literary and real famous figures.

The ending was gravely ominous without ending on a dreaded cliffie and set things up for the next part of Kitty's story.  My only disappointment was wanting a longer denouement before the epilogue for Kitty and Henry after all they experienced in this one.  Perhaps it comes later.

I continued to be quite captivated by this riveting series and am eager to press forward for what is to come.  Again, I am nudging this series toward Austen lovers particularly if they enjoy a strong ration of magical time travel with their variations and sequels.

My thanks to the author for the opportunity to read this book in exchange for an honest review. 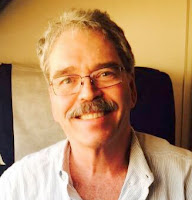 Don Jacobson has written professionally for forty years. His output has ranged from news and features to advertising, television and radio. His work has been nominated for Emmys and other awards. He has previously published five books, all non-fiction.

Subsequent books in the series include:

He also published the paired novellas Of Fortune's Reversal and The Maid and The Footman which examine the same event from two different perspectives: that of the gentry and that of the servants.

He holds an advanced degree in History with a specialty in American Foreign Relations. As a college instructor, Don teaches United States History, World History, the History of Western Civilization and Research Writing. 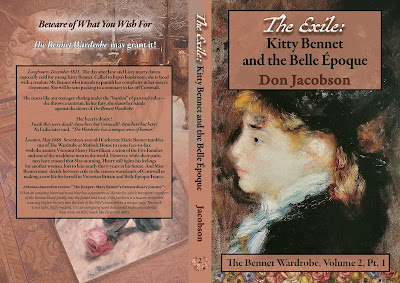 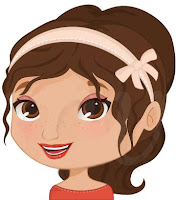 Sophia is a quiet though curious gal who dabbles in cooking, book reviewing, and gardening. Encouraged and supported by an incredible man and loving family. A Northern Californian transplant to the Great Lakes Region of the US. Lover of Jane Austen, Baseball, Cats, Scooby Doo, and Chocolate. Writing has been a compelling need since childhood.

Thanks for taking the time to drop by and read the review of The Exile: Kitty Bennet and the Belle Époque. Have you read it yet? If so, what did you think? Sophia, thanks for telling us what you thought of this book in The Bennet Wardrobe Series. I am enjoying reading your reviews of these books that are so unique. Until April...when we share your thoughts on Lizzy Bennet Meets the Countess. The giveaway is one eBook of The Exile: Kitty Bennet and the Belle Époque. The giveaway ends at 11:59 on the 25th of March. Good luck to all. The giveaway is international.